R24news:David Dhawan reacted to the rumours of Varun Dhawan and Natasha Dalal's wedding in Goa.

New Delhi: Bollywood actor Varun Dhawan, who is currently busy promoting ‘Street Dancer 3D’, is going steady in his relationship with girlfriend Natasha Dalal. The ‘Kalank’ actor confirmed dating Natasha on Karan Johar’s talk show ‘Koffee With Karan 6’. Gossip mills are buzzing with the rumours that the couple will soon tie the knot. Yes, you read that right. The two lovebirds are rumoured to have a destination wedding in Goa.

According to a report in an entertainment portal, Varun and Natasha will have a summer wedding in Goa. They will have a big fat Indian wedding with all the pre-wedding festivities including mehendi, sangeet.
Several Bollywood bigwigs have been asked to keep their dates free between second and third week of May 2020, the report added.

“Apparently, Varun and Natasha are planning to get married in May this year. It will be a grand summer wedding, spanned over a week, with all the events including Mehendi, Sangeet and Reception—and mostly in Goa at a luxury hotel or beach resort, the way his brother Rohit had got married eight years ago to Jaanvi at Park Hyatt in Goa. A few Bollywood bigwigs have been informed to keep some dates between the second and third week of May for Varun and Natasha’s wedding free, though those dates too are being a closely guarded secret. But it won’t be a secret wedding like Deepika Padukone and Ranveer Singh. For Varun’s wedding, it will be band, baaja and baraat for Bollywood!,” a source told Bollywood Hungama. 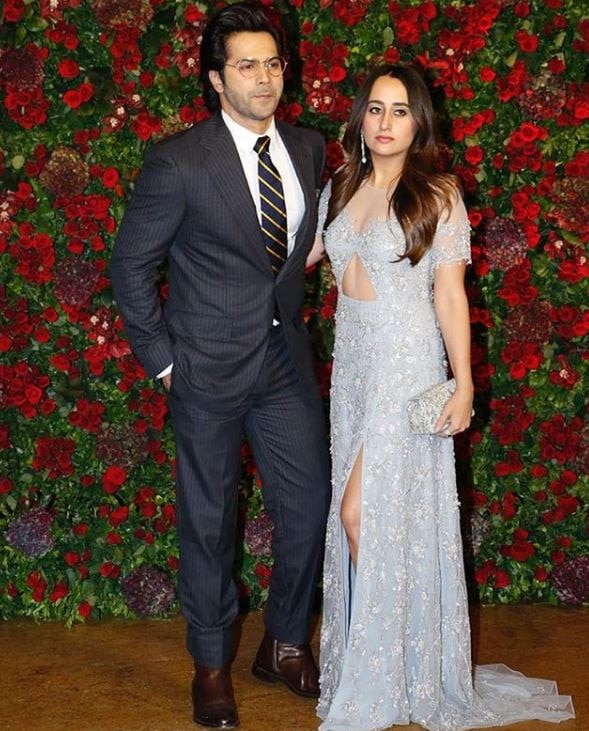 Varun’s father David Dhawan, while talking to another entertainment portal, squashed the rumours of his son’s wedding.
“Not again. How many dates and venues will I hear for my son’s wedding? Every week I am told where and when Varun is getting married. They know it better than me. No, this latest date and venue are not true at all,” David Dhawan was quoted as saying by IWMBuzz.

Varun and Natasha recently enjoyed a dreamy vacation in Switzerland as part of their new year celebrations. The couple ringed in the new year with Kareena Kapoor Khan-Saif Ali Khan and Anushka Sharma-Virat Kohli in the Swiss Alps.

No Result
View All Result